Inoréa's electric knobs are sold in boxes of 10 and are ready to use. In fact, you will receive at home buttons fully assembled by our technicians. All you have to do is connect them to your machines, which avoids having to deal with the accessories of the electric buttons.

The purpose of the industrial buttons is to be the link between the machine interface and the human to fully control his machine. In addition to the technical aspect, the buttons ensure safety since they can be illuminated and thus inform of a malfunction or alert of a danger.

The buttons are composed of a head, a label holder with its label, a contact holder with the contact(s) and indicator lights you need.

The different buttons in Ø22 mm :

- Switch button: The electric button allows you to control the machine or the interface you are using by commanding a precise action. There are 2 types of pressure. As a push button that returns to its initial position once pressed or as a switch, the button remains pressed and needs to be pressed again to deactivate it.

- Rotary buttons: The electric rotary knob is used to transmit operating commands to your machine or interface. The button offers several command possibilities.

- Illuminated button: The illuminated electric button has the same characteristics as a switch button. The difference is that it emits light when the switch button is turned off or on (depending on what you want to highlight). The advantage of a lighted button is that it allows you to control a machine/interface while indicating its status (on/off).

- On/off switch: An on/off switch is used when a machine needs to be switched on or off.

- Keyed button: Keyed buttons have the same functionality as switch buttons but have an extra key. To operate the button and turn it, a key must be inserted. This makes it possible to secure buttons that should not be operated inadvertently or if you want to keep certain functions private. 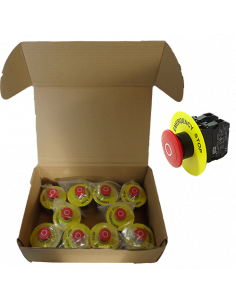 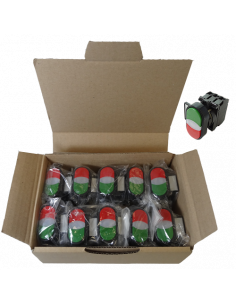 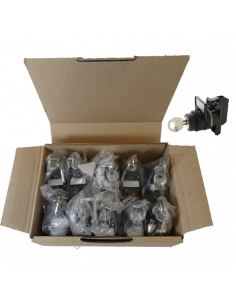 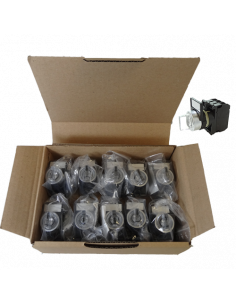 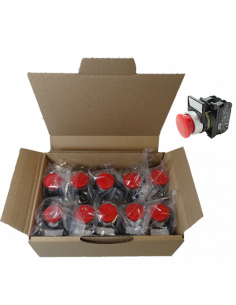 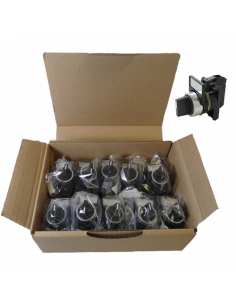 PACK OF 10
Quantity discounts from 2 units